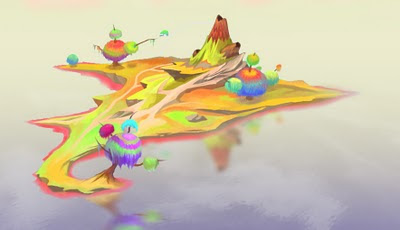 Ice Pick Lodge - developer of the most famous never-heard-of-game ever made, Pathologic (seriously, it's PC gaming's go-to large scale art game, is there really anyone who cares about games and hasn't played it yet?) - has announced Cargo!. Ordinarily I wouldn't just repost news, but I'm so excited by this nugget that I can't help believe you won't be too. 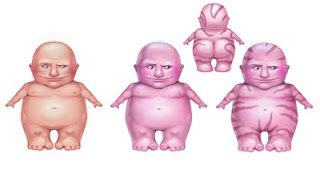 I'm so captivated I've posted ALL the screens, despite the fact if I hadn't I could have been down Clapham Common reading Jasper Fforde a clear five minutes sooner and therefore avoided my lit agent's wrath when she finds out I haven't finished my research. Anyway, what's really interesting is the radical change of tone Ice Pick Lodge are shooting for this time around. That and the Q4 2010 release. For a studio renowned for dark, adult themes this is a fascinating twist - and I can't help but think a good one. From the press release:


"Our world is beginning to drift apart in all directions, like balloons. People, buildings, mountains, trees and entire islands rise into the sky. Items with weight become the most valuable on the planet. But there is hope! FUN, the magical extract of concentrated happiness, returns weight to items."

I don't for a second believe the studio will abandon their ambitious and mature approach just because they're not overtly dealing with death and disease anymore. In fact the blurb reminds us of just that:


"Ice Pick Lodge CEO Nikolay Dybowski describes their determination 'to transform video games in to, essentially a new form of art, deserving to take its proper place among literature, cinema and drama.'" 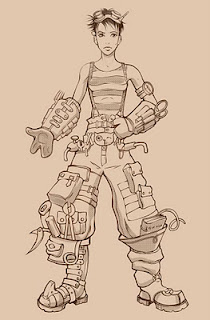 Full blurb over at RPS.

Pathologic, for me, remains Ice Pick's finest hour. 2009's The Void was lush and better polished - and not having finished it yet I shouldn't really comment - but Patholigic just seemed to combine game world and artistic sentiment more completely. Cargo, I hope, might mark a refreshing and more approachable middle ground - a valuable and coherent experience that doesn't need emo theming to express what's important.

One thing's for certain: Ice Pick Lodge is the only studio on the planet making full price games that might still be being picked apart in class rooms a hundred years from now.
at 2:05 pm