'GAMESbrief: Traditional Games, Transition and the Power of the Free' is a Book I Helped Write

One of many differences between Plot is Gameplay's Bitch and GAMESbrief is that GAMESbrief sells books with intelligent, marketing-led headers like:


"Buy GAMESbrief Unplugged Volume 2 for 40% off"

GAMESbrief also doesn't having swearing in its name. 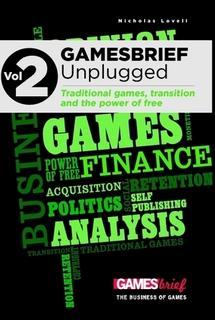 At any rate, GAMESbrief is an industry analyst blog run by industry analyst, Nicholas Lovell. We used to work together for GameShadow, and I sometimes write stuff for his blog. Sometimes that stuff gets polished, supplemented and printed up in a lovely coffee table book called GAMESbrief Unplugged.

In the words of its author, Vol.2 features 'lots of insight from you', where 'you' is referring to me. Also: 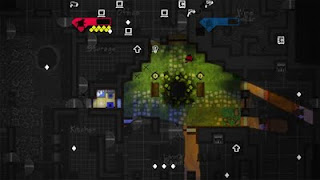 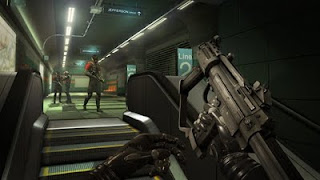 A few lessons learnt from Kane & Lynch in the story department wouldn't go amiss, though.
at 7:24 am 1 comment: 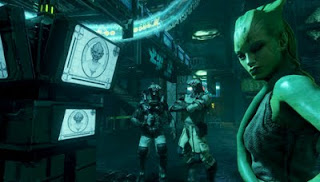 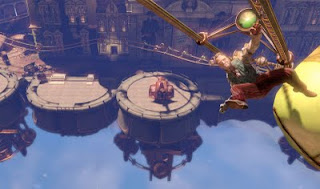 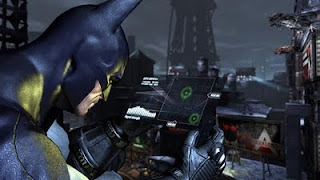 Last year I did a great big preview of the 15 games I was looking forward to. Six of them are out, and a couple of predictions from the time ring true:


"That Team Bondi expects us to be able to tell whether or not we're being deceived at all is a unique and crucial step forward; that we're expected to do so not from what characters say but from how they say it renders this an exciting experiment indeed."

"For all the brilliance of writing Portal displayed, in terms of delivery it was rarely a game that introduced anything new. But then, when the content is this good I guess that can be forgiven."

Anyway, it got some good clicks, and I even got to work on one of the games in the list, so I'm doing it again. This is, really, a very subjective 'E3 Made Me Want This' list, expect E3 was ages ago.

When I think of Max Payne I think of a guilty pleasure - ridiculous noire posturing and a central mechanic designed entirely around making the player look cool for minimal effort on his part. To say that that's Max's legacy would be to underplay him, though. For all the tongue that's in his cheek it's a wonder he can narrate at all, but the writing style remains a key strength in a game released at a time when 'style' tended to focus on how much of the screen the word 'HEADSHOT' took up. 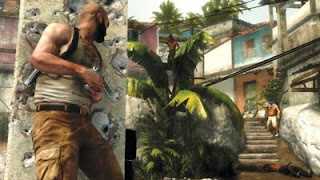 That the dev rights now fall to Rockstar's in-house stable rather than creators Remedy shouldn't concern too much. These guys know the franchise thanks to their involvement throughout the series, and they also know entertaining writing.


The Brazilian setting seems all kinds of wrong; so does the newly heavy set star. There's little doubt Max Payne 3 will deliver pretty, satisfying gunplay - but it's always been about more than that. Max Payne is about a linear game world that offers surprising depth through intelligent detail like the Pink Flamingo TV serial or the interactive funhouse. It's  about poignancy through the ludicrous, and even style (or at least structure) over substance.

Suddenly getting the bullet time right seems like the easy part.

God I love SSX. Sure, that's in part because it makes me feel a bit like the mainstream - I can't beat my housemates at Pro Evo or GT, but strap a pair of planks to my virtual feet and I'm off. 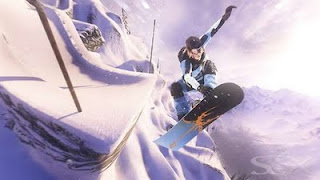 SSX On Tour - the last non-Wii iteration from 2005 - stands up as the highlight of the series. Aside from having excellent manly dress-up options its presentation, its accessibility and above all its sound design stand out. From the intro sequence cut to Iron Maiden's Run To The Hills, to the dynamic system that layers the assorted indie rock and electro tracks to reflect your speed and creativity, On Tour was a beautiful, polished experience that to this day reminds me that games can be important to me without bothering to be important.

There's no team on the planet with snowboarding experience like EA Canada, and Deadly Descents is exactly the adrenaline shot this under-supported genre needs.

Everyone seems to be talking about Nidhog. Everyone seems to have played Nidhog, even though there's no official release date in sight. I particularly enjoy this faux interview discussing the high end performance capture the game doesn't have. It almost had me going. 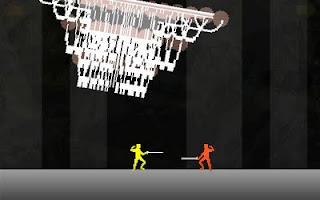 Nidhog allows two players to compete in an unending adventure of combat and abstract visualisation. Drawing unashamed notes from Prince of Persia one player's goal is to move unerringly right, the other the inverse; simple arcade swordplay occurs when the two meet. It's fast, frantic, yet retains the promise of tactical play and immense pay off with each successive victory - albeit a pay off that only lasts as long as your opponent's spawn delay.

I like Nidhog because it's pretty, because it's social, and because it threatens to redefine how we interact with one another. Naturally it does so in a very humble way, but nonetheless it feels like something fresh.