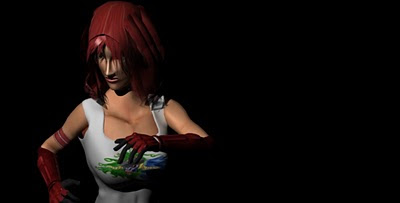 So, my first semester teaching interactive story design on the Game Cultures BA has come to a close. It's been a fun experience, and it's reminded me that writing is an ability unevenly distributed, but that that's no bad thing. With this being a compulsory module on a cross-discipline course, it's inevitable only a handful of the 25 students would have a natural passion for the work. I tried to be up front with everyone, and despite my coming away with a reputation as a harsh marker - best piece of student feedback was "Tom's great, but the difficulty curve may need some balancing" - I seem to have made friends and even, god knows how, developed a bit of a reputation.

There were some fantastic mechanical concepts that arose from the coursework. Watch this space come the new year for a special guest blog from my top student - who is a genuinely intelligent, laugh out loud writer - but in the mean time I've collated a small handful of some of the more far reaching ideas. To be clear, what I'm presenting here are not the best overall game concepts - as we're oft reminded, an idea is only as good as its implementation - rather, these are the individual mechanics that seemed most challenging on a theoretical level: the ideas that might change the way we think about specifically interactive narrative.

The Indictment - The Rorschach Test
by Matthew Davie
Matt's narrative design pitch was based around a psychiatrist's drug induced nightmare world, populated with spectres of his patients. He has to come to terms with how he has helped - or perhaps failed to help - each one of them, therefore getting to the bottom of his own psychosis.

The way he interacts with these patients is through Rorschach tests - the iconically ambiguous images whose interpretation is supposed to indicate a patient's mental state. The idea would be that certain cards could be matched to certain patients, their emotions observed and then manipulated accordingly. A guy hints at his hatred of hospitals? Anger him with a related image and force him to make a mistake.

For me the idea still needs some more pragmatic development, but the theory behind it is one I'm excited by. As long as we rely on dialogue as a method of NPC interaction we tie ourselves into necessarily scripted and linear relationships. The idea of using more real world skills - like empathy and emotional direction - to illicit useful responses is a fascinating one, as some soon to be released projects are already aware.


Falling Through Nightmares - The Voice of the Epsimite
by Joshua Condison
Exploring a psychological battlefield was a bit of a theme this year, and while "...and then he woke up" is something writing courses often try to throw out, personally I was ecstatic there were as many students taking Psychonauts as a direction as there were Far Cry. In all fairness, Josh's take on the subject positioned the nightmare firmly in the real world: every night his central character dreams of falling through a city of his greatest fears, only to wake and discover the Epsimite sleeping pills he's been taking have caused him to carry those fears into reality, the actions he takes in his sleep becoming increasingly violent as the game moves on.

During the day we follow the protagonist through his mundane existence, only instead of controlling him the player now takes on the role of the pills, manifested as a malevolent alter ego. Stacking shelves in the supermarket, a voice in his head encourages him to pop a can into his jacket pocket; things escalate rapidly. These battles of will are represented on screen in a Heavy Rain style, and by having the player embody both the protagonist and antagonist, I think Josh was trying to bring to the screen the character's sense of internal conflict: that on the one hand he needs these pills to function normally; but on the other the reality they buy for him is a thin shade of what they seem to promise.


Floating - The Early Decision Point
by Sarfraz Hussain
Floating is largely your run of the mill dystopia featuring a kick ass girl in the lead - who appears as the header image for this post. It does have an interesting weapon / power up system whereby a mysterious item called the Warpus draws form from ideas and emotions around it: the protagonist's angry outburst is what weaponises it in the first place, and concepts perceived in the game world - eg a set of roller skates - will empower it to take new forms - eg wheeled vehicles. This is, however, ultimately just clever body paint for the pick ups.

What's fascinating about Saf's idea is that early on in the game the protagonist's mentor is taken by a government agent. Actually, no, that's still standard practice. What is interesting is that the player is then given the choice: revenge or forgiveness? His decision will not change the direction of the narrative, but it will subtly alter the nature of the information he's given regarding the government agent he'll spend the rest of the game tracking down. Essentially, choosing revenge will result in texts and characters painting a saintly picture of the man the player has vowed to destroy; choosing to forgive will mean he's rendered the bad guy.

What Saf's trying to get at here, I think, is that many decisions are rashly made, and that any decision can begin to crack when you analyse it with hindsight. When the player reaches the conclusion they're given the opportunity to change their mind, and this seems to suggest that a person is always able to make their own decisions - and that in the context of Saf's dystopian vision it is not so much the government that's to blame for screwing over the people, than it is the people for accepting their government's decisions.

RPGs are often keen to give us many seemingly far reaching decisions to make, but it's rare we're truly forced to live with them - once we've travelled to the next area their impact on us is all but gone. There's something very engaging about the idea of making an entire game reflect on the nature and import of just one, catastrophic mistake.
at 12:49 pm