How to be a Good Freelancer 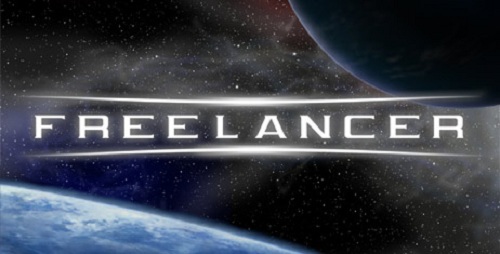 This post originally went up at GAMESbrief to promote their new freelancer database.

Sorry for the header.

In promotion of his new freelancer database, Nicholas Lovell asked me to share what I know about freelancing for anyone who's maybe looking to make the shift. I've been contracting as a games writer for almost five years, and relying on it as my main source of income for the latter half of that time. Over the years it's more often than not been running a good business - rather than any direct correlation between ability and job offers - that's kept me in work.

Securing Work
- Network. I'm not going to repeat all the usual advice. You know how to network. A lot of the jobs aren't sitting on bulletin boards; they're sitting in the bar waiting for you to buy them a pint and tell them about the fascinating / appalling lecture you've just seen. I'm also going to include obvious stuff here like get your name out there, maintain a professional website, blog etc.

- Research standard industry rates for your services, and be confident pitching them (ideally only once you've seen a full brief for the project). Be prepared to engage in and even encourage negotiation. In my experience many devs don't always bother; whether that's a business etiquette thing or a case of it being easier just to get quotes from a bunch of freelancers and chose the best, I don't know. Either way it's a shame, because very few of us are in this industry to make our millions: usually if someone comes to me with a project I want to work on we're able to find a rate and schedule that keeps everyone happy.

- Always meet face to face as soon as possible. There's no great psychology in observing that people form better connections when they've sat in a room together complaining about the red ring of death for half an hour while the tech department finds a new Xbox.

- Stay in touch. Develop an address book of people who might send work your way (either now or in new roles in the future, ie almost everyone). If you publish a new game, start a relevant new endeavour, or have anything valuable to say, send them a note. I wouldn't do this more than a few times a year, if that - spam is bad - but lots of people will hopefully consider you a genuinely valuable contact, even if they don't necessarily send you a fantastic job immediately.

On the job
- Under promise, over deliver. It's an old freelancer thing, but it'll save you being the dreaded British builder who always winds up charging 100% more than he quoted. Adjust your guarentees against how good you are at estimating workloads. You'll have to use judgement on when a client is looking for a lower quote, but most of the time if you can develop a reputation for delivering on time, and even early, you're golden.

- Find the balance between the client's expectations and your own expertise. What you think the audience wants and what the client thinks don't always coincide. You've been hired to do what you're told, certainly, but you've also been hired to make their game as strong as you possibly can. Learn to let go of the small battles, justify your decisions when you hold your ground, and be prepared to be overruled without losing the smile. You're all on the same team.

Finally, always keep the producer happy. Always, always deliver on time. Stay one step ahead of the needs of the developer. Stay in contact as much as possible. The company hires you because you make life easier: they get to know what they're getting, when they're getting it and how much it's going to cost. You probably cost more than an in-house equivalent would, so you're the one guy who can't get away with deadline slippage. Producers are often overworked. They have a dozen other freelancers like you to manage. If you're the one guy they never have to hassle over a deadline they're going to hire you again.
at 1:21 pm