Gaming isn't cool. I'm as surprised as you are. Even the name, 'gaming' - sounds kinda seedy, no? Almost like the games are playing us. Sad fact is that the games we really hold up as meaningful still carry teenage baggage (yes, Planescape tells a smart, inventive and evocative story; yes the girls mostly still have big tits and can be talked into bed after you've slain a few hundred goblins), and our mode of enjoyment still tends to be cooped up in a bedroom or lounge, alone, giggling to ourselves. We don't have the same mass participation and discussion that cinema promotes, or the same celebrity culture that marks the upper echelons of literature and drama. Hell, I went to watch a girlfriend at a L'Oreal hair colouring (not dressing, colouring) competition half a decade ago and I remember sitting in the audience watching all these passionate people and wondering how haircolouring could be cooler than the newest artistic medium on the block.

Before you say it, I know we have equivalent stuff. Starcraft tournaments, this week's Eurogamer Expo etc. But they're just not cool. I wouldn't do that on a night out. Sorry.

The Wild Rumpus is cool. Not cool in an exclusive way, but cool in a cool way, in the universal way. 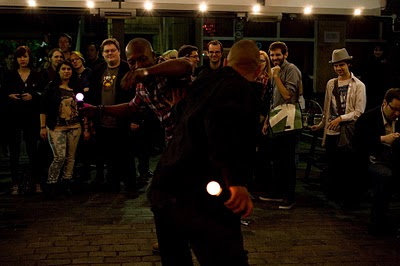 The debut night consisted of one of my fave Brick lane bars filled with indie party games and music and a mix of local devs, gamers and lost ravers from the gig next door. Game of the night was undoubtedly Johann Sebatian Joust, a Playstation Move game that doesn't use a display at all, and asks players to keep their controllers still while jabbing and pushing their opponents. It's all supposed to be timed to the Bach music in the background, though that was way drowned out by the party. Anyway, I'd be surprised if they couldn't box this one as a standalone party game for £40. 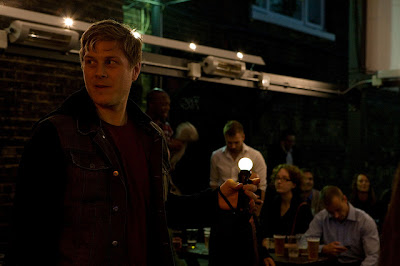 It was excellent. The night is run (I found out by chance on the night - see, no bias) by my mate Ricky and his chums, and apparently the best way to keep up is on twitter. The next night is up in Nottingham next month, and they'll doubtless by back to East London shortly after that.