Don't look at the trailer. Don't read this. Play (at as high a resolution as you can manage). It only takes 20 minutes. Then explore some more, and come back when you're done.


I hope you enjoyed that. Quite wonderful, right? Thanks, Craig.  I wish though that I'd been able to play it without knowing what it was - so be warned, spoilers from here on out. If you've not explored fully you're going to miss out.

Let's talk about that intro. Look at the way the home planet is designed. Because the town is in a crater you can't actually see that the planet is a sphere. Of course, you know it is. You can see the others in the sky above. But that first, slightly arduous trek through the town and up to the observatory is all viewed from the perspective we have every day - of an earthling. Should you choose you're given tantalising glimpses of life beyond the confines of the atmosphere - of weightlessness, and of piloting a ship - but these are tantalisingly restricted. Before you're given the flight codes you must walk past the wonders of the solar system that other explorers have brought home. 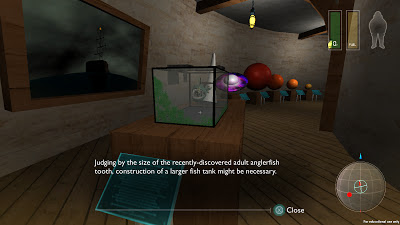 And then you take off. You see the curve of the planet, the other craters in its surface begging to be explored - but you keep going. And then the burning ring of the sun flares into your cockpit and you see that you're in space. You've made it. Now - where do you want to go? 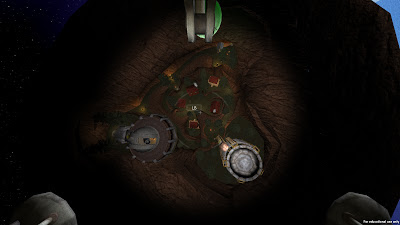 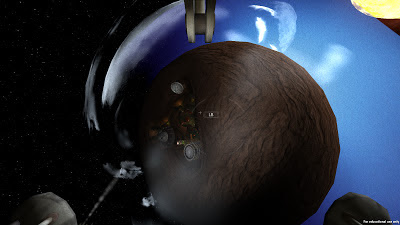 I was surprised by something on every planet I visited - and multiple visits rewarded fresh insights every time.  When I first came across an angler fish deep in the thorns I was travelling at such a lick (it's hard to get your bearings in there) that it swallowed me whole before I knew what was happening. I spent the next few playthroughs under the mistaken impression that the whole of the planet was some kind of giant conga eel. 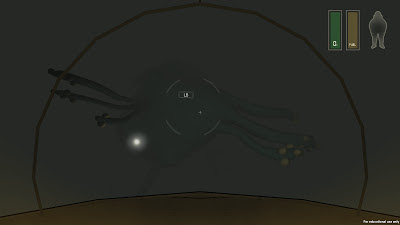 The ocean planet was a joy as well - fiercely burning rear thrusters as I hurtled towards it I was certain I'd crash - but instead you hurtle through the atmosphere and - provided you don't hit an island - plummet into the ocean. And then you see the astounding sight that's waiting for you. Writing this I want to go back - I want to see if I can get to the centre if I pick up enough speed. I want to see the wildlife up close. EDIT: I worked it out, with some help from the lead dev, Alex Beachum.

Outer Wilds sometimes looks rough when you're up close to the details, but out in space it's quite beautiful. What's incredible is the subtlety with which even the more 'functional' assets are deployed. When you toast a marshmallow on the fire it's a bit ugly, and the heat gauge isn't polished - but the fact is you're standing on the moon roasting a marshmallow with the only other person on the planet, swapping space stories. It's just such a superb little vignette.

Similarly with the writing. Everything kind of does what it says on the tin, and there's not a lot of personality - but the sense of what people say, the design behind the writing, is spot on. Your engineer sows doubt about the reliability of your equipment. Children daydream about going into space. Astronauts trade tips on the most amazing sights the galaxy has to offer; and talk about home. It's just enough to make the universe feel alive, and worth exploring.

The first time the sun blew up I was shocked. I'd read that it would happen, but it still took me by surprise. The next time I tried getting really far away from it. I saw the lights blink out on the map. I wondered if I'd made it. Turns out at the speed I was going it just takes the shockwave a few minutes to catch up. 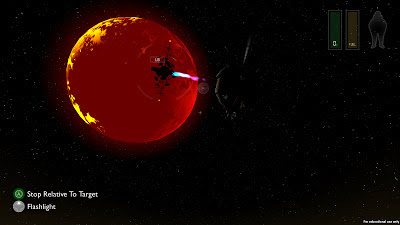 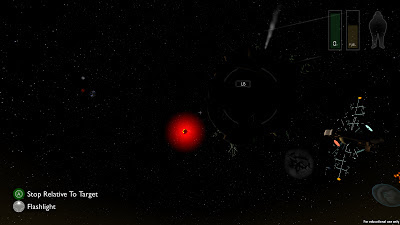 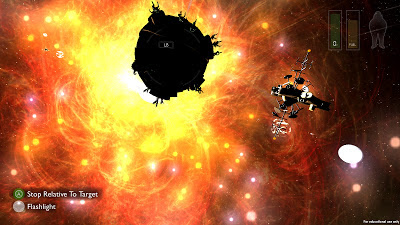 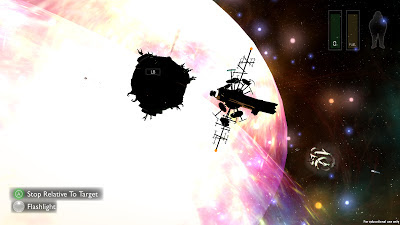 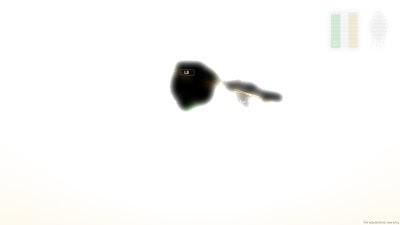 I want for there to be more of this. I want just a few more clues about where the developers have put interesting things. As it stands there are some - again - subtle clues as to where you might like to start looking, and the ship's computer at least points you towards the game's central mystery (on which I still haven't managed to land); but it's a big, complex world and it's easy for time spent enjoying the sights to turn into single-minded exploration in search of some undisclosed goal you're not sure even exists. But this, I grant, may be more a question of taste than anything else.

I'd also like for there to be just a bit more civilisation in the universe. The natural wonders are wonderful, but discovering an alien colony on the far side of the sun with their own customs and rumours would make me ever so happy.

The overarching design is that as you explore, you'll discover clues (from other travellers and ancient ruins) that teach you how to reach one of four major "Curiosities". Each Curiosity is a difficult-to-reach place (or thing) that answers a major question about the solar system.

In the game's backstory, the ancient race originally travelled to your solar system to investigate a signal from something older than the Universe itself. After reaching all four Curiosities, players will be able to answer the final question of what that thing actually is.

Most of the associated systems and level designs are actually in place, but we still need to add a bunch of the clues/Curiosities that will tie it all together (for example, you can currently reach the core of the Giant's Deep, but the Curiosity itself isn't implemented yet).

At any rate, that's the stuff we'll be chugging away at over the next few months. I can't wait to release a build where it's finally possible for players to piece together the mystery and understand everything that's going on!

I suppose what I want more than anything else is a bit more of what really makes this game special for me - the framing of the action. Imagine an identical game, but abstracted: there's no ship, no astronaut, just a first person perspective, the WASD keys, and a galaxy to explore. You'd lose things like the health and tutorial systems, but everything else works the same. That game I have no interest in playing. What makes Outer Wilds special - beyond the fantastic planetary designs - is that I really felt like I was exploring the world, rather than just staring at virtual sculptures put there for my satisfaction. Everything I discovered related back to something someone had said. This world has more meaning for me, and that makes me want to explore it.

I thoroughly commend this game.

If you want to read more about the project than the scant details on the project website you can read up on it here.

Photo gallery below. Worth noting that in order to get rid of the horrid interface stuff (option to switch off please, Alex!) you currently need to exit your ship and float in space. It's non-ideal, but the constant risk of drifting into the sun does add to the sense that you're exploring a wild frontier. 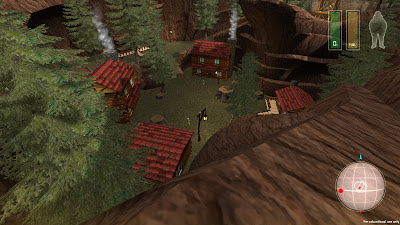 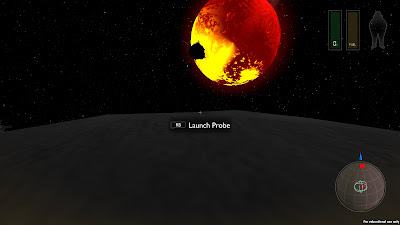 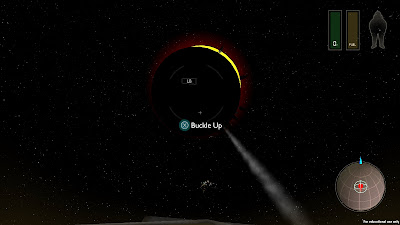 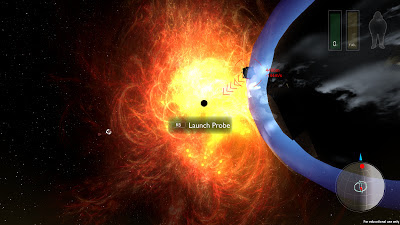 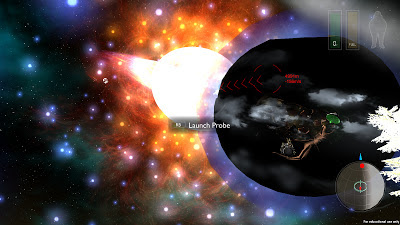 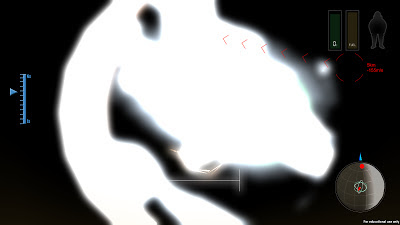 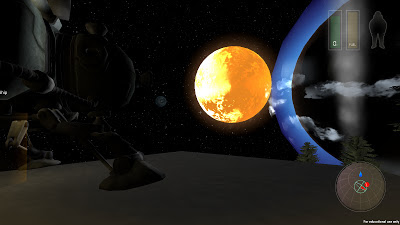 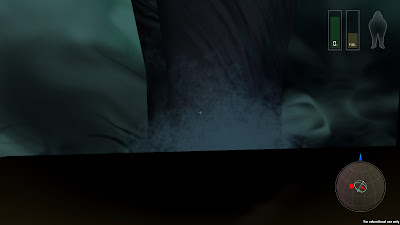 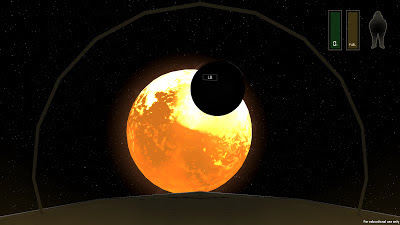 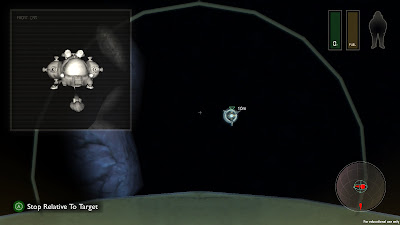 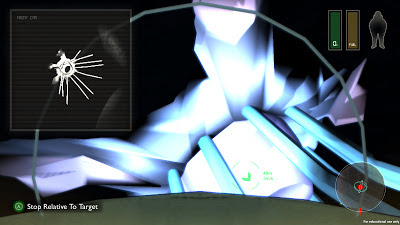 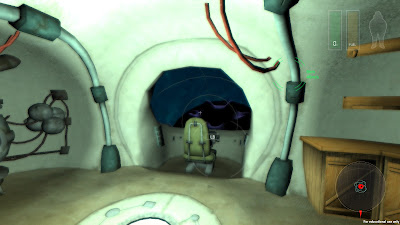 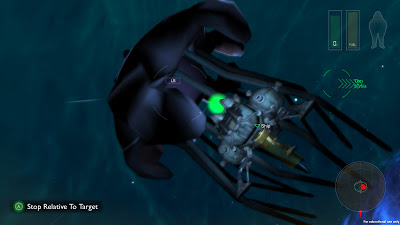 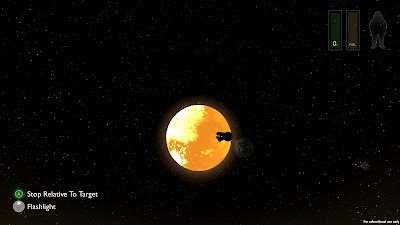 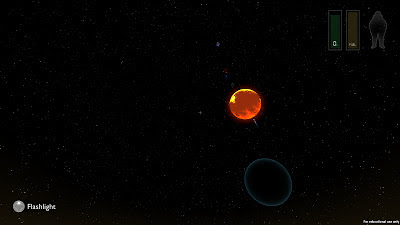 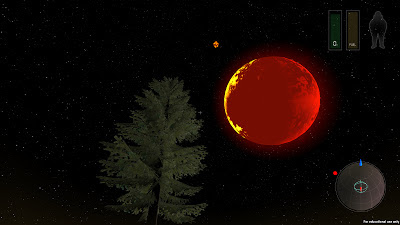 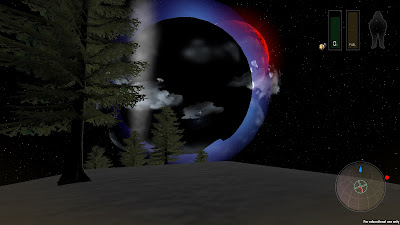 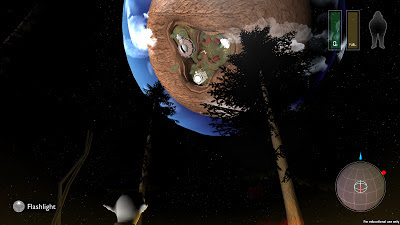 Email ThisBlogThis!Share to TwitterShare to FacebookShare to Pinterest
Labels: massive love, play, worth writing home about