My Games & MY Games: What I Did on Which Projects

Wouldn't it be lovely if MobyGames had a feature for studio leads or staff themselves to add detail to their credits? If someone's credited as a writer that could mean almost anything. If I'm reading about a level designer, I'd love to know exactly which levels in the game they designed.

Following on from discussion in this post, I thought it'd be worth the time to list the projects I'm involved with and to spell out exactly what responsibility I held on each. Quite apart from allowing me to feel better about the credit that I'm taking, I hope this might prove an interesting exposé for anyone interested in the practical role of the narrative designer, not to mention useful for anyone thinking about sending a contract my way.

Fairly briefly, and in order of least to most creative control, these are the major projects I've worked on, how I was credited, when I did the work and what that work actually entailed.

Amnesia (PC), 2008, 2009 - Uncredited (as far as I know, and by request)
I worked on Amnesia during pre-production. All Frictional had at the time was a setting and gameplay, and I produced, among other things, a document detailing plotting, setting and character concepts, and some gameplay mechanics. When Frictional ran into publisher dificulties they went right back to the drawing board and returned with a full (and very different) narrative design, which is when we (amicably) parted ways.

I was part of a team producing in-game dialogue to a rough brief. My dialogue will make up around 10% (at a guess) of the total. The style and character were obviously set beforehand, but there was no concrete style guide, allowing for reasonable flexibility within the confines of a predefined bark script (in which every character has the same type of lines, triggered by preset events). The deadline was extremely tight and barks are never easy, but I hope my characters more often than not bring a smile rather than a cringe.

This was a last minute job during Alpha. All levels and most assets were in place, the story set in stone. There were around ten one-minute-long cut scenes, each with variations dependent on player character. I was delivered a doc setting out exactly what story information had to be communicated in each, but was free to improvise within that and within the established style of the franchise. It was challenging to write good dialogue when little attention had been paid to the plot itself, but I hope my penchant for dark humour and philosophical observation shine through, particularly towards the end.

Lost Horizon (PC), 2009/10 - English Script Adaptation
The 100,000 word script for this one was written in German and translated into English, my role being to polish it up. Every line was delivered in a spreadsheet, so while I had reasonable freedom within each line, the gist had to remain the same and I had no control over the overall story or puzzles. The translations tended to be grammatically sound but very stilted, and I'd say that I quite significantly rewrote the majority in a consistent style that I felt appropriate. That style - a tongue in cheek, silly sort of feel - was to some degree my own, but also significantly defined by the nature of the game and the plot. I was also in the studio for the voice work, though I wasn't directing and had no involvement in casting.


Penumbra: Requiem (PC), 2008 - Written by
The guys at Frictional decided to take a very different approach with this expansion pack. Gameplay was to be entirely divorced from narrative, meaning I had no control over the physical lay out of the levels, puzzles weren't narratively justified, and my main story telling tool was to be voiced notes. The overarching 'plot' of Philip exploring his mental demons was my own, changed from the original concept of Howard exploring the Shelter and gradually going insane, but 'plot' is in quotes because when you can change an entire story without actually adapting any of the levels you know there's not going to be much involvement. I felt as if the Penumbra story was largely over, and it was a bit of a shame to go out on this note - this game was no small part of my reluctance to be involved with Amnesia.


Penumbra: Overture (PC), 2006/07 - Written by
This was the first game I ever worked on as a narrative designer - I wasn't credited as such simply because at the time I'd never heard the term. A three game plot outline was in place, though detail was very sketchy and really only the very broad strokes and the setting made it to the final game. Plot in place for Overture was actually very minimal - Philip travels through the mine to find his father - and my biggest contribution was the introduction of central antagonist and plot driver, Red. All the other story elements in the game were either developed from ideas the guys at Frictional had in place, or originated with me, and I had (mediated) control over every element in the story, from note content and placement to visual design and level layout. I was also involved in game design discussion, and I cast and directed all three games in the series. 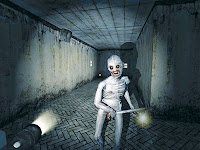 Following feedback from Overture I had greater confidence and experience, and with the cancellation of the third episode I was also tasked early on with overhauling the plot. As a result, Black Plague remains the game that I most cite as representative of me as a narrative designer. The plot and level design were a result of a high level pitch I produced which was then discussed in detail with Thomas [Grip, Lead Designer], from which he drew up level designs. Every character - save for Philip and Howard - and plot twist was my own work, as were the original ideas for the sanity effects and the ways in which the player can interact with his alternate personality, Clarence. Outside of narrative concerns I was a staunch supporter of dropping combat altogether, and I also contributed some broad puzzle concepts.

Unannounced Hydravision Action / Adventure (360, PS3), Ongoing - Narrative Designer
If and when this project sees release, I truly hope it will take over from Black Plague as my calling card. The guys I'm working with had a scenario, plot outline and two player characters in place, and while the scenario and one of the characters were both outstanding, I've entirely reworked the plot and created the cast from scratch. I'm unspeakably excited about the potential for this project.

ir/rational (PC), 2009 - Written, designed and developed by
Finally ir/rational is, fairly obviously, the game over which I've had the most control. Because, you know, I made it. While it could be argued that I was limited by my meagre programming ability and time contraints, ir/rational best demonstrates the style of writing and topics that interest me, as well as my game design ability. For better or for worse, ir/rational provides me no excuses - ir/rational is a 'Tom Jubert game'.
at 10:04 pm