"How to Characterise When You Can't Afford Characters" - Part 2 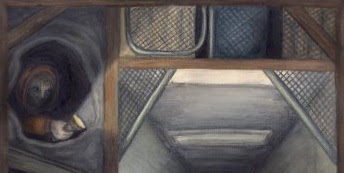 This is part 2 (of 3) of an article that was originally printed in the IGDA Writers SIG Quarterly, discussing the specifics of writing for indie games. Part 1 - Why Big Budgets Are Overrated (Sometimes) - here.

The Indie Team: Good Things Come in Small Packages
Integration: Keeping to the Story
During development, it wasn't uncommon that we might say "Let's put a dragon at the end of this level, and have him quote a Shakespeare soliloquy at the player," and 24 hours later it would be in-game. Sadly the dragon was cut for budgetary reasons, but the point is that such a fluid dev process is a core advantage in writing for indie games.

A video game writer's greatest complaint is often this - we don't get integrated into the team fully, or quickly enough. When you've got a three year project and a 100 man team, you can see why. When your core team consists of four men and a roster of contractors it's much easier to stay on the pulse.

In games, more so perhaps than in any other medium, every member of the team can make or break the story. The static art has to match the tone of the voice performances, which have to match the dialogue, which has to reflect the gameplay - and vice versa. When everyone knows exactly what they're aiming for - and confirmation is on the other end of MSN - you've got an instant head start over larger productions. What's more, an eight hour game only needs one narrative designer, one writer, and one voice director - when they're all the same person it's a lot harder to get tangled up.

When the Game Costs Less than the Marketing Budget
Though they often go hand in hand, diminished budgets aren't something that define indie development, and I don't want to go on about scraping together the pennies. All the same, finance is clearly a relevant topic. Frictional's first game was self-financed, and therefore on a genuine shoe string, while later projects were publisher backed. I think you can notice the change in the games - Black Plague has more professional actors, more voiced dialogue, and the story is told far more directly. With the increased assets we were able to let loose a little bit, before inevitably reigning back, accompanied by sighs of "Why did we think we could animate a golem for €3.56 in loose change."

Learning Not to Rely on Visuals...
...or why you don't need characters to create character. I won't deny it's a bit of shock as a writer when you realise you're going to have to craft emotionally engaging characters without ever showing the player another living soul. It's doubly unsettling when your next project is set in the 18th Century, and you're not allowed to rely on radios or computer terminals; but that's another story.

To some extent you can rely on in-game prose and evocative voice acting and to tell a story. Initially it's somewhat like that dream where you realise you're standing on stage and forgot to get dressed. Without a character onscreen emoting the words it's like your writing's been stripped down to its particulars for up close scrutiny.

Character models aren't the only area to suffer. Even on a series as story driven as Penumbra it's still, in my experience, been the narrative that's first to see cuts. Words may be cheap, but cut scenes and graphics are not. As a result, when it's time to triage and it's the end of level boss or the sexy intro sequence that's facing the chop, it's always that lavish opening that hits the cutting room floor.

The character design process was haphazard at times, though they all began in the same place. I would write a faux interview with each of the characters, a proof of concept to help demonstrate voice, which the rest of the team would then feedback on.

It seemed to work. Eliciting that emotional response from the player was key, and I feel it's something we nailed pretty effectively. We were careful to ensure the character relationships were never predictable. The psychotically threatening miner devolves into a defenceless child, his previous aggression reframed as harmless temper tantrums. The damsel in distress turns out to have been a lot better off without the player's intervention.

...Or on Pre-Release Testing
Though perhaps not unique to indie games, another obstacle to be hurdled (or at least quietly tucked under the carpet to form a suspicious looking lump that we'll blame on damp) is the difficulty of finding decent feedback on the story. Gamers know a lot about games. PC gamers know a lot about bugs. Few know anything about allegorical rhetoric.

For a complex, story driven game, that can pose a problem. Those testers who proved reliable were also volunteers, and focused on bug hunting. The rest of the team spoke English as a second language, rendering even proofreading an impossible luxury.

As a partial saving grace, the series was released episodically - by that I mean the intention was to release three episodes over 12 months, while the reality was two episodes and an expansion in 18. However we did manage to harness the community and retrieve, if not in depth criticism, general feedback which, along with the reviews, went a long way towards making Black Plague a considerable improvement.

Part 3 - What Independence Really Means for a Games Writer - here.
at 2:55 pm