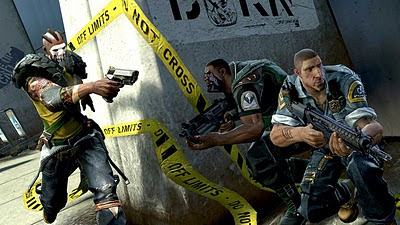 WTF is it?
The next evolutionary stage in the Enemy Territory lineage of narrative/objective driven competitive FPSs from London mod-scene outfit, Splash Damage.

What's mind-bogglingly intoxicating?
- As regular readers will know, I get inordinately excited by procedural or otherwise non-scripted story experiences. Just as BF1942 was one of few competitive games to truly capture my heart, the Enemy Territory games combine unpredictable, player-generated tension with pre-authored plot and atmosphere. Ace.
- Brink will mark Splash Damage's first foray into new IP. I have half a feeling I'm seeing writer, Ed Stern, in the pub tomorrow tonight: I'll ask him how things are progressing, but I'm sure he'll have some tricks up his sleeve.
- There's emphasis being placed on a Mirror's Edge style movement system. Interesting.

What's a little bit disquieting?
- The biggest single concern I can raise at this point is that Splash Damage as an online shooter outfit have unparalleled experience in the genre. This will guarantee a polish final product, but with great polish often comes limited scope. This may be Quake Wars without the Strogg.

WTF is it?
Microsoft's big hype response to Eye Toy and Playstation Move, Kinect's big trick is skeletal mapping - it knows the difference between your foot and your dog. Unless either your dog or your foot has been in an unpleasant accident. Plus we no longer have to argue over how to pronounce Natal.

What's mind-bogglingly intoxicating?
- If we're generous in believing the hype, Kinect will be the first truly applicable camera-based interface, touting an analogous leap in fidelity to that of the Wii remote versus Motion Plus or PS Move. ie It ought to actually work.
- Lionhead's flagship demo, Milo, did more than just rehash some mini-games: it looked to be trying to deliver on Molyneux's long-standing goal of delivering emotive interaction with AI characters. 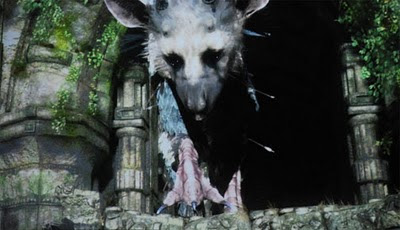 WTF is it?
Riffing on themes from Ico and Shadow of the Colossus, The Last Guardian is a third-person action / platformer that develops especially on the relationship between the protagonist and his horse in the latter.

What's mind-bogglingly intoxicating?
- Quite simply, it's the next project from probably the most recognised developer of artistic commercial video games in the world.
- By moving the emotive interaction from being with another human being to a somewhat sentient animal, Team Ico may be very cleverly sidestepping the uncanny valley and focusing on modelling a relationship they can actually deliver on in full.

What's a little bit disquieting?
- I'm ashamed to admit that, due to lack of hardware, I never completed either of Team Ico's previous offerings - part of the reason this title only makes No. 10 in my personal wish list. I do wonder, however - particularly in reference to Ico - whether I ever would have. To my mind the studio do more with their visuals than with their gameplay, certainly when compared to someone like indie upstart Ice Pick Lodge (guess who you can look out for later on).