"How to Characterise When You Can't Afford Characters" - Part 3 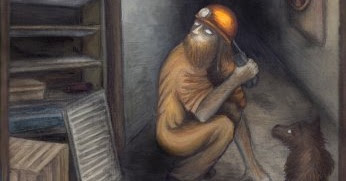 This is part 3 (of 3) of an article that was originally printed in the IGDA Writers SIG Quarterly, discussing the specifics of writing for indie games. Part 1 - Why Big Budgets Are Overrated (Sometimes) - here.

What Independence Really Means for a Games Writer
Creative Freedom
There are, of course, natural advantages granted to the writer of indie games. At a recent roundtable another scribe suggested that in our line of work "It's not how good you are, it's how good you're allowed to be."

Without the 'shackles' of a hundred strong team forging ahead without you, it's possible to adapt as you progress to a far greater degree - and that goes both ways. If a puzzle design suddenly has to change three weeks prior to gold it's a straightforward enough process to wade back in and wrap that part of the story around a new structure. Vice versa, when there's only one level designer, there's only one person to upset when you make a change to the script.

Further, the smaller studio has less to lose, and therefore can afford to gamble on left field conceits. [Major Penumbra spoilers coming up in this paragraph] Imagine pitching to a large publisher the idea of the player character going insane; developing a caustic alternate personality; trying to rescue a damsel in distress who'd really be happier left alone, and inadvertently murdering her in the process; and then contradicting his own climax and getting killed off. Might be a tough pitch. At Frictional, the first thing laid down was that the protagonist wasn't going to save the day, or get the girl - and that the antagonist would never be a pantomime villain. [Spoilers over]


Of course, while there's the potential for almost unlimited freedom, it's a fact always tempered by a necessarily limited scope - you can do only a fraction of what you'd like to. I distinctly remember one fantastic bug (which I have a feeling may actually have shipped). It was a dramatic moment where the player's alter ego begins to display human emotion: a corpse is supposed to fall from scaffolding, frightening him. Of course rather than fall, the corpse would get confused about which way was down and decide to float eerily up into the air before getting stuck in the ceiling. Altogether less effective. Clearly games suffer issues like this every day, but when you have one programmer, who's got an entire game to complete and polish by next Friday, it becomes a lot simpler just to scale back and remove ambitious efforts than to spend the time fixing them.

Community Support & Reputation
Perhaps the thing that most defines independent development, if not writing for it, is the community. The reason Penumbra: Overture happened at all was the incredible online and in print response garnered by the initial tech demo. Half the reason the second game was so much better than the first was players following the link at the end of the game to leave us their thoughts.

There's a lot of good will amongst the gaming press for what independents are doing. Most every single sale of Penumbra was down to glowing coverage and word of mouth, and perhaps there's something about an underdog story that helps to secure that praise not so much in the face of, but even because of the rough edges and bald patches.


In summary...
...it's my belief that character is something that can be communicated in a video game regardless of budget or status. Writing for indie games is not more (or less) of a challenge than any other form of interactive narrative - you have to work within your unique limitations and fight hard to secure the emotional impact you need.

With the right tools, you can give players an experience that will be affecting them long after 'Game Over' has faded from the screen.
at 6:12 pm