WTF is it?
The long-awaited and controversial FPS reboot of the classic turn-based strategy series. Plenty more details here.

What's mind-bogglingly intoxicating?
- I think the new format is actually going to work. There. That's my official line and I'm sticking to it. I'm a staunch PC gamer and a huge fan of the original series, but the idea of mission areas so huge they can't be 'completed', of tactical retreats and more than just run & gun gameplay... these elements promise to keep alive the spirit of X-Com - which, for me, was at its core about the on-the-fly dramas generated by your pixellated men.
- 2K Marin have proven their writing credentials with Bioshock 2 which, to my mind, was actually tighter scripted than the original.
- Five bonus points straight away for being set on earth in the 20th century.

What's a little bit disquieting?
- Given their only full product so far has been an (overly?) faithful sequel to a game of drastically stripped back ambition I'm reserving judgement on 2K Marin's ability to deliver a full and inventive vision with new(ish) IP.
- The setting is Fallout and Bioshock's love child.
- It's not turn-based. But I'll get over it. 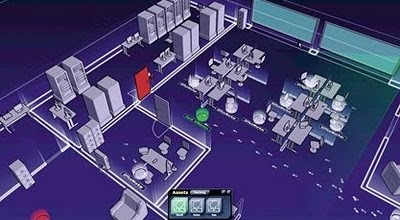 WTF is it?
Maybe I should have just bitten the bullet and labelled this a list of procedural games - although if it was, Subversion would be right up the top. The latest from 'the last of the bedroom coders', Subversion is almost more X-Com than XCOM - control a squad of corporate infiltration operatives in a dynamically generated city.

What's mind-bogglingly intoxicating?
- While there'll be room for the developer's touch (hand crafted elements crowbarred into the game world), the environments and missions are fresh for every player, allowing for some truly unique experiences.
- The studio are famously candid about their development process, and things are sounding good.
- Introversion proved with Uplink and Darwinia that they care about telling personal stories from within a unique and malleable gameplay framework.

What's a little bit disquieting?
- Darwinia + and Defcon didn't really do that at all. Quite the opposite, in fact. 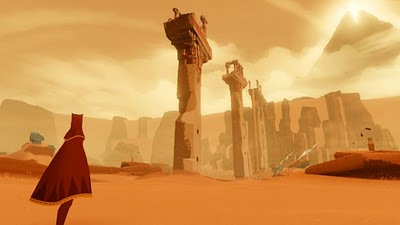 WTF is it?
Officially announced at E3 following a leak, Journey is ex-student developer thatgamecompany's adventure style follow up to PS3 download hits Flower and fl0w, and the studio's fourth project. Based in a huge desert environment, the game touts the developer's usual emphasis on minimalist visual style, combined with a new and perhaps more traditional exploration-based central mechanic and a multiplayer aspect that's still shrouded in secrecy.

What's mind-bogglingly intoxicating?
- These guys care about emotional engagement. After speaking with Jenova at last year's Develop I can confirm that, while it's anyone's guess whether or not they'll achieve their lofty ambitions, they're certainly shooting for the right goal posts.
- With what at first appears to be a more traditional adventure / platformer I'm interested to see if this turns out to be a more meaty offering than the studios' previous vignettes. We've seen they can pull off simple and evocative ideas with elegance, but a more complex offering can only be a fascinating prospect.
- The mutiplayer aspect is a sort of massively singleplayer concept: a singleplayer adventure in which you may stumble across other players and choose to work in tandem. From a scripted vs dynamic narrative perspective this is a valuable avenue of enquiry that's been touted for a while but rarely delivered upon.
- This will mark thatgamecompany's first foray into a more explicit narrative. Flower was not without its arc and sentiment, but Journey looks to be focusing on a far more immediate plot.

What's a little bit disquieting?
- It's hardly a problem, but the studio has a very iterative approach to development: expect the final product to look very different.