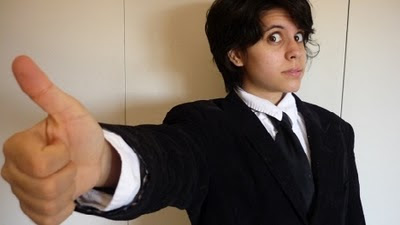 Far too much theorising going on around these parts recently - let's cover something FUN. I've been watching "Hey Ash, Watcha Playing?" religiously since its first episode... Christ, this time two years ago. It's hilarious, smart and - amazingly for a games-based TV show - never cringeworthy.

I suppose a two year old show that's rocketed from being a one off bit of silliness between a Destructoid writer and his professionally inane sister to one of the most popular shows on the web isn't exactly news, but the latest show is so sharp it really deserves a bump, even if half of everyone is already watching it. The Ballad of Bullet Bill follows the tribulations of Mario's familiar foe, and is most certainly worth 1m52s of your time:


But the truth was soon clear, though I denied it with all my force,
I was worthless and pathetic: even goombas can turn course.

I've been through Zero Punctuation and Consolevania stages, both refreshingly cynical voices that ultimately fell to their own ruthlessness. HAWP has managed to be consistently relevant over the last two years, but most crucially - in an industry whose commentary is so often polarised by the toothless mainstream and the pretentious underground - it provides an essential middle ground that can poke fun at everyone.
at 1:30 pm