WTF is it?
The first major follow up to Bethesda's mixed series reboot moves the action back to the west coast and, more importantly, puts development back in the hands of one of the series' original bright lights, Chris Avellone and his team at Obsidian.

What's mind-bogglingly intoxicating?
- Avellone, along with a number of Obsidian staff, was a key player on Fallout 2. I often feel that modern RPGs (Fallout 3 included) have scaled back the complexity of their interactions in favour of polish, so a slight return to the more slapdash, frontier territory of yesterday would make for a welcome change.
- Obsidian has proven with projects like KOTOR II and Neverwinter Knights 2 that they know how to write. That'll be a relief for those who found the Bethesda's efforts to be strong in every area other than the most important one.

What's a little bit disquieting?
- If Obsidian have a reputation for one thing other than well-written sequels, it's for rushed and poorly polished sequels. Not necessarily their fault, but even Alpha Protocol - their first new IP - failed to break the cycle.

WTF is it?
It's the only straight sequel that's made the list, that's what it is. Portal 2 was, from inception, a conscious decision by Valve to release a full progression of the formula, rather than go the episodic route. As such it's featuring new gameplay systems (including the paint gun from Tag, whose indie dev team has been brought into the Valve fold), co-op, and a host of schizophrenic GLaDOS sub programs.

What's mind-bogglingly intoxicating?
- Er... it's the sequel to one of the most touching, threatening, hilarious and inventive games of all time. And it's from Valve. And it's got new shit. And it's done when it's done. This is the only sequel (not counting Vegas above since it's an entirely new dev team) in the list because it's the only sequel I can't imagine being happy just doing the same thing over again.

What's a little bit disquieting?
- Kim Swift, the lead designer on the indie hit that later became Portal, left the studio last year.
- For all the brilliance of writing Portal displayed, in terms of delivery it was rarely a game that introduced anything new. But then, when the content is this good I guess that can be forgiven. 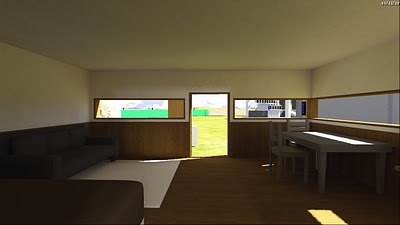 WTF is it?
The designer's difficult second album. Mostly just technical info floating about at the moment, but he describes it as "An exploration-puzzle game on an uninhabited island." With programming input from indie game advocate and ex Spore developer, Chris Hecker (check out Spy Party), I'll be watching this one with interest.

What's mind-bogglingly intoxicating?
- I'd argue Braid had its flaws, but they weren't quite enough to get in the way of its invigorating combination of temporal platforming and attempts to integrate philosophical musings into the gameplay. Jonathan Blow has proven he's one of the foremost supporters of games as more than 'mere' entertainment - not only that, he's proven he can deliver.

What's a little bit disquieting?
- I'm going to go out on a limb and say I found Braid's in-game text a little pretentious. But that's hugely subjective, and at the end of the day I'm just glad games like Braid not only exist, but can shift serious copies.
- The screens look quite a lot like Myst.